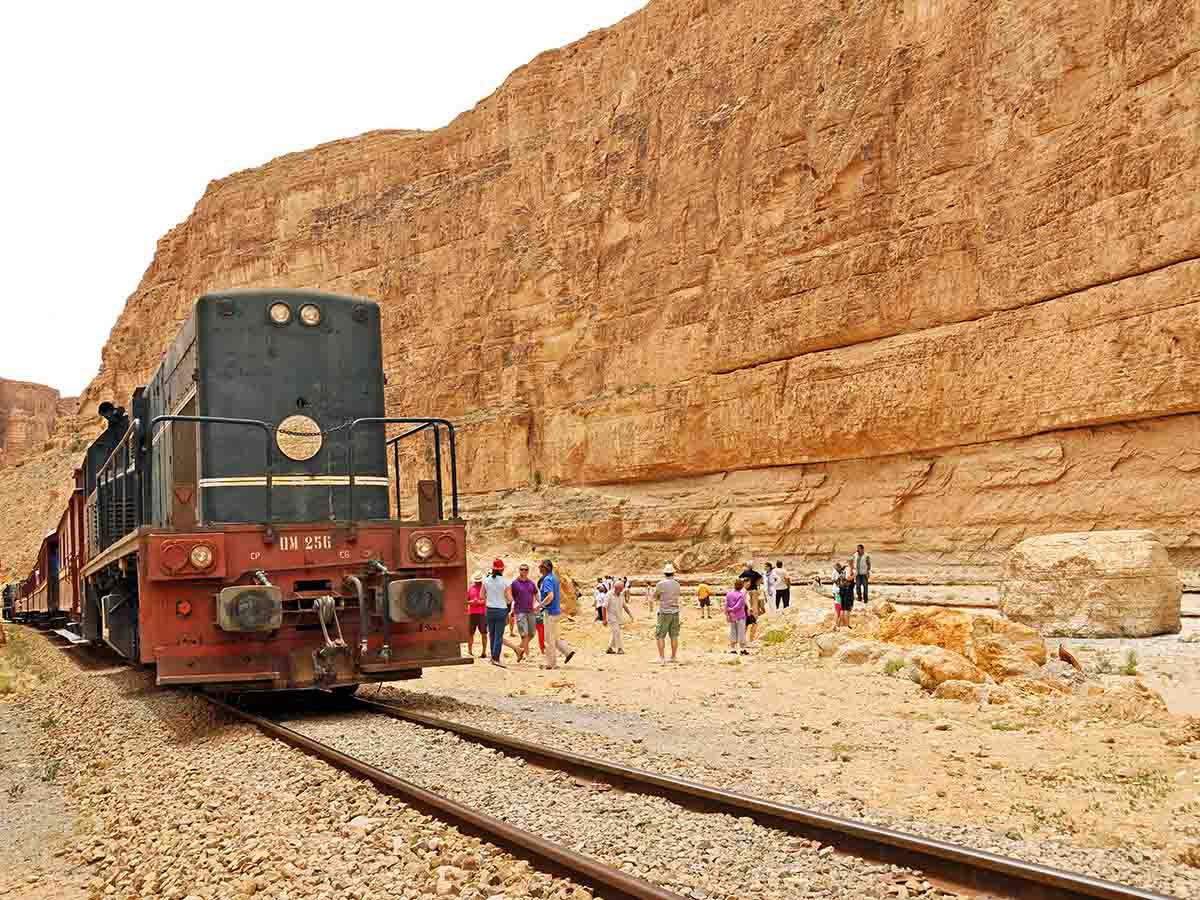 Tunisia Travel, What You Will See

The Red Lizard Train of Tunisia 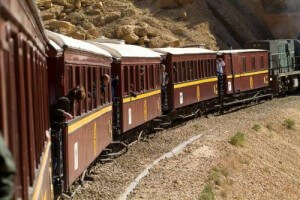 Deep in the gorges of the rock canyons of southern Tunisia runs the Red Lizard Train. This old fashioned train takes passengers on an adventurous journey that follows the natural path carved out by the Seldja Gorge at the foot of the Atlas Mountains. The train route gives passengers spectacular views of central Tunisia’s beautiful rocky desert canyons and landscapes, as well as passing through mountain tunnels, over steel bridges, near natural water springs, and then finally into a green oasis.

The original train was built in France in the 19th century. For many years it was used in the capital city Tunis for transport around the bay. After being abandoned for quite some time after Tunisia’s independence in 1956, in 1984 it was restored by the national railway company and reinstated for service as the “Red Lizard”.

The passenger train is composed of six wagons, one being a refreshments car. Tourists are free to move about the train during the journey to take in the best views. There are also scheduled photo stops along the route.

The small town of Metlaoui is about 42 km (26 miles) south-west of Gafsa and about 40 km from Tozeur. The train departs from the Metlaoui station everyday around 10am. The full round trip is an hour and a half from Metlaoui westwards to Redeyef. A visit to central Tunisia is not complete without a ride on the famous Red Lizard Train. It is the only way to visit the gorges of Seldja, and an amazing opportunity to view the spectacular red and pink split rock canyons of the south.

The Red Lizard train has not been operating in past years due to repairs and scheduling inconsistencies. There is no scheduled start date as far as we know, thus we are no longer including this train excursion as part of our Tunisia tours.