Travel, Tunisia Travel, What You Will See

Tunisia is full of unique get away spots where you can find experiences that few others have been able to find.  From the solitude of the deep sand desert, hiking beautiful canyons on the rocky semi desert to the mountain get away in cooler climates, there are many off the beaten path locations to find your unique experience in this point on the north of Africa.

One such unique experience is the island of Jalta (La Galite) off the northern coast of Tunisia.  This island is the northern most point held by Africa.  It lies off the northern coast of Tunisia about a 4 hour boat ride out of Tabarka.  It is held as a nature preserve and the former houses of the fishing village are all slowly being reclaimed by nature.  The Tunisian military holds a light house on one of the islands as a presence to prevent France or Italy from claiming it and sometimes there is a game warden to protect the marine bio diversity, but other then these the island is restricted to 20 people at any one time and only self-catered camping is allowed.

Activities to Do on the Island of Jalta

There is no better spot to explore the relatively untouched marine life by either scuba diving or snorkeling.  The marine life abounds, and you can swim up to manta rays, flounders, and hundreds of other fish which are relatively unconcerned to have people swimming along side them.

As mentioned earlier the trip is quite exclusive as at the present time only one boat meets the safety requirements to take people to the island.  The boat must remain with you the whole time you are on the island in order to get you off if necessary if a storm is coming.  As a result, the boat can take you out to explore the 5 small islands and find caves along the cliffs or carry scuba equipment for those interested in seeing the marine life closer.   Spend your time exploring the abandoned island which was considered remote enough to act as a place to hold political prisoners like Habib Borguiba during the French times (you can still find the gallows where executions were held).  Every day the people under detention were required to climb to the highest point and sign a registrar showing that they were still on the island.

As the whole island has gone wild you are free to pick fruit from the many Grape vines, pomegranate, fig trees, etc. scattered throughout the islands.  Supposedly there is a herd of goats that was left on the island when people left and still can periodically be seen roaming the cliffs.  As the nearest source of light is 60km away, the night sky views of the stars is not something to be missed.

Organize an Unforgettable Visit to the Island of Jalta

If you are up for an adventure and have time in your schedule (the sea is unpredictable) to wait for a good time to go out we can organize an unforgettable visit to Jalta for a few days on a private marine park / island.

Because this is definitely one of the more “off-the-beaten-path” adventures, we encourage potential visitors  to set up a private visit to the island with Club Nautique Tabarka directly. 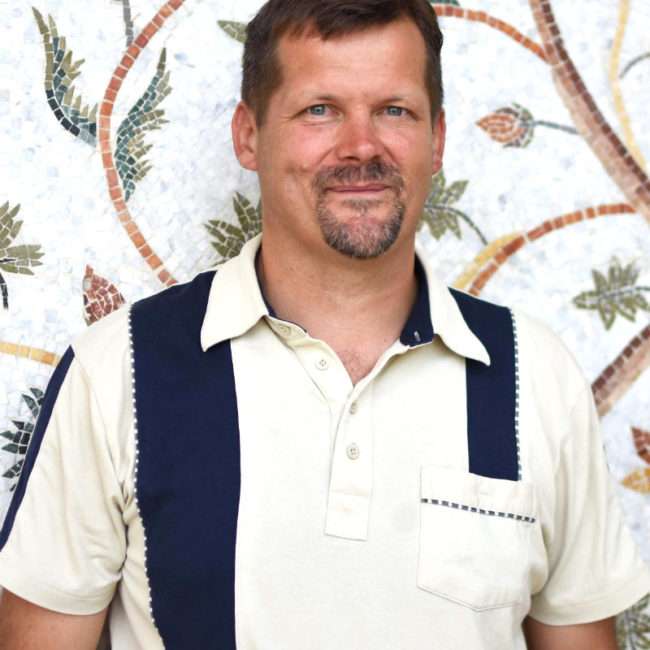 William is a sales representative with Tunisia Tours / Mosaic North Africa and avid adventure travel enthusiast. Over the last 5 years he has been living in Tunisia. Currently he splits his time between sales / consulting on tours in the area and using his engineering skills in helping in the start up phase in a couple of business start ups in the area of recreational equipment and date sugar manufacturing.